TACOMA DOME GETS A REMODEL 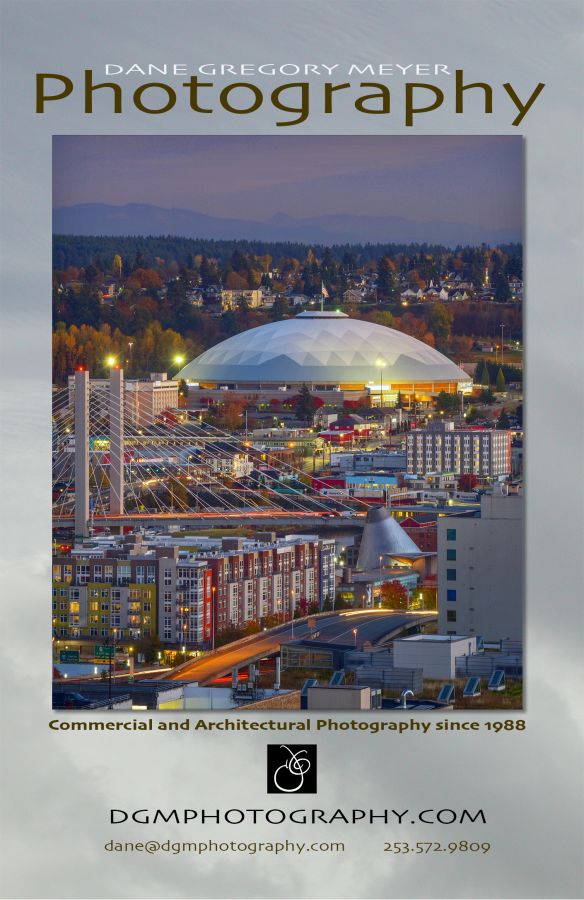 This past Fall, late in November and parts of December, working with an Architectural Design group, an Engineering group and the City of Tacoma, I photographed the Tacoma Dome's newly remodeled artist dressing rooms, greatly improved bathrooms, new seating and facade improvements.  Each of the three clients received nearly 80 finished images.  After delivery, I also placed one of the images in this ad in the South Sound Business magazine.

Weather was cool with waves of rain and sun across my windshield during the two hour drive.  Unfolding myself out of my car, I was immediately met J.B. Mulcahy, the co-director operating the sanctuary.  He was on his way to the compound where one of the chimpanzees had been bitten. 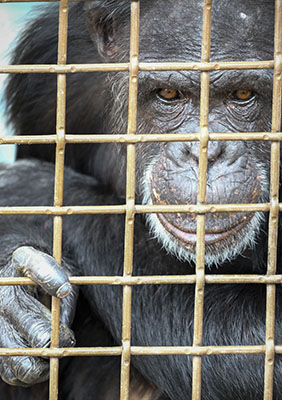 Diane Goodrich, co-director and partner, came out to welcome me into the facility, which occupies several acres on the North side of the Yakima River canyon.  A staff member who had been addressing the ‘bite’, showed Diane the severity, with an image on her camera.  It was clear that a portion of the bitten chimp’s ear had been bitten off.  Characteristically,  the injury had quickly coagulated. But the bright red edge against the chimps black fur made me grimace.

I was turned to paperwork which I needed to fill out, waivers and instructions about how to respond to the chimpanzee residents, warned not to react if spit upon (which sorry to say, I failed when spit upon later)  Then Diane took me around the exterior of the building to meet ‘Jamie’, one of the chimpanzees featured in the article.  Just as I had read in the article, he was indeed fascinated with shoes.  I photographed his beautifully aged and lined face and arms as he nodded for me to move my feet so he could better see my boots.

Diane told me that the chimp who had been bitten would probably come right out, make up right away with the one who bit her and all would be forgiven.  Sure enough, not more than a minute passed and that is exactly what happened.  She came into the building and climbed up into the lap of the sullen offender.  All was forgiven and normalcy restored.

When I got back to the studio and uploaded the images, I found much more in their interactions.  The offending chimpanzee looked grief stricken as the bitten one turned her ragged ear for him to see.  They made up so quickly. I wish I could let things go so easily.

Background- The Sanctuary houses chimpanzees who have spent all or almost all of their life as laboratory animals.  Since the outlawing of such practice, there has been need to care for these amazing animals. Diane and J.B. have provided a huge playground for these aged chimpanzees.  Having lived in lab cages most of their 30-50 years, they are not used to going outside, so even though they are free to explore large outdoor areas, they usually stay inside.  At least the inside is large with many things to be active with and they are now a community of 7, with 3 new arrivals, soon be integrated in.  There is obvious excitement getting any glimpse of the new arrivals

Saving my client through post-production creativity

I do my best to take care of my clients. Yesterday, a long time client, who had recently arranged a multi-office group portrait, asked if I could remove an employee who recently left the company.  It would have been difficult and expensive for them to arrange another shoot. 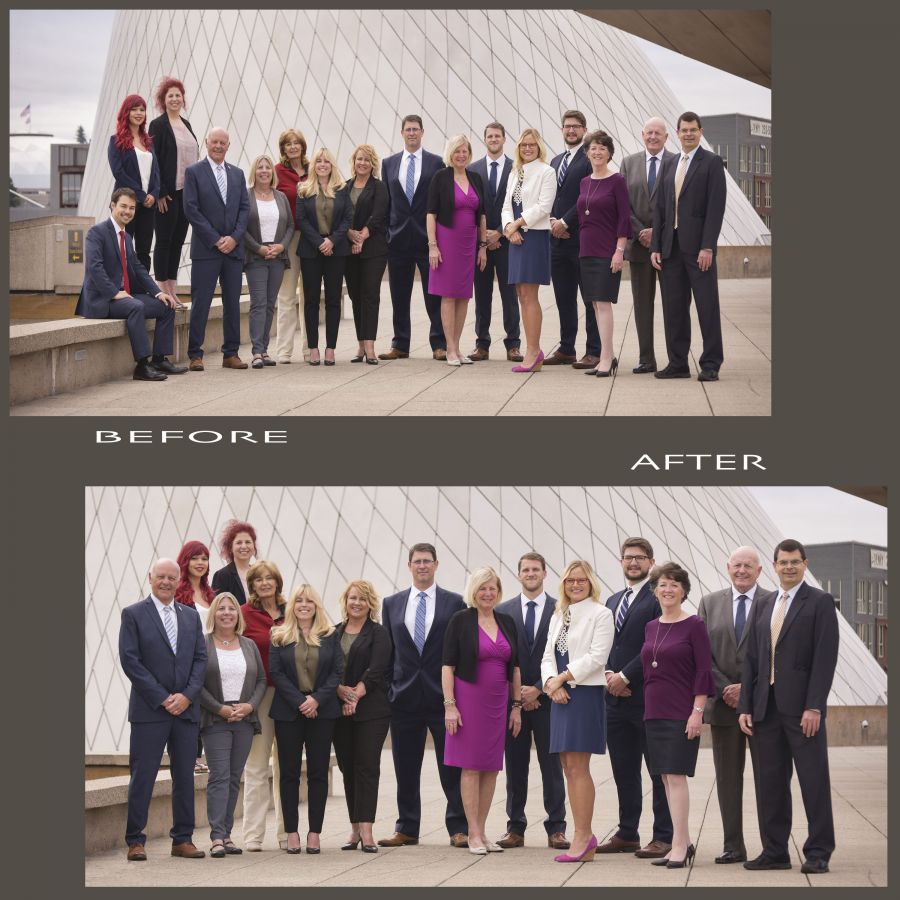 The complication of removing someone or something from an image requires ‘painting in’ from existing image detail to fill in, rather than simply erasing.  It would take some time and thought.  I was happy to do this for them at no charge.

Here is the before and the after.  The challenges were making the spiraling design of the Museum of Glass cone fairly well match the existing background, plus moving people around, shrinking them slightly to imitate being further back in the picture.

It was fun, and my client was pleased. 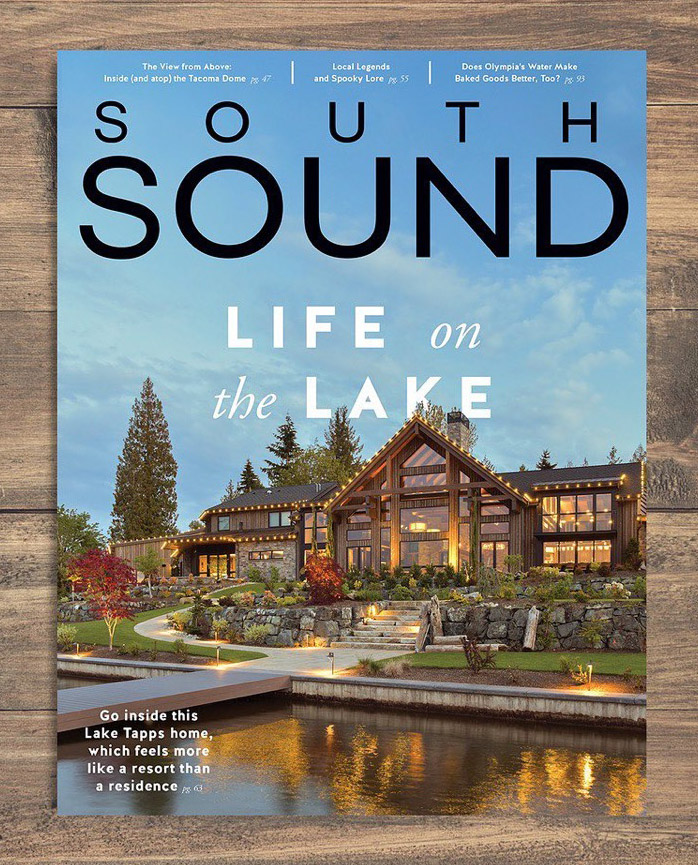 Here's an architectural shoot I did for South Sound Magazine. It was a springtime shoot, created for a summer issue.

It's always a treat to get a cover shot. I was happy with how the graphic artists presented the photography that accompanied the article, too. They did a great job with design, reproducing color and detail etc.

Striving to get the best images. I found I needed to return to this project three times in order to show such a beautiful home in its best light. One cloudy day was for interiors, another day for exteriors was rained out, and the last was during evening light, specifically aimed to best capture the exterior (ie. this cover).

There are many images in the article, which I have a link to below.

This was a fun shoot and much appreciation goes to all those involved.

Here's a link to pdf of the full article, showing more examples of my work.

Sometimes I need to forget the ‘day rate’ (or half day) and do what is needed to get the best images possible.  Such was the case with this recent shoot for South Sound Business magazine. 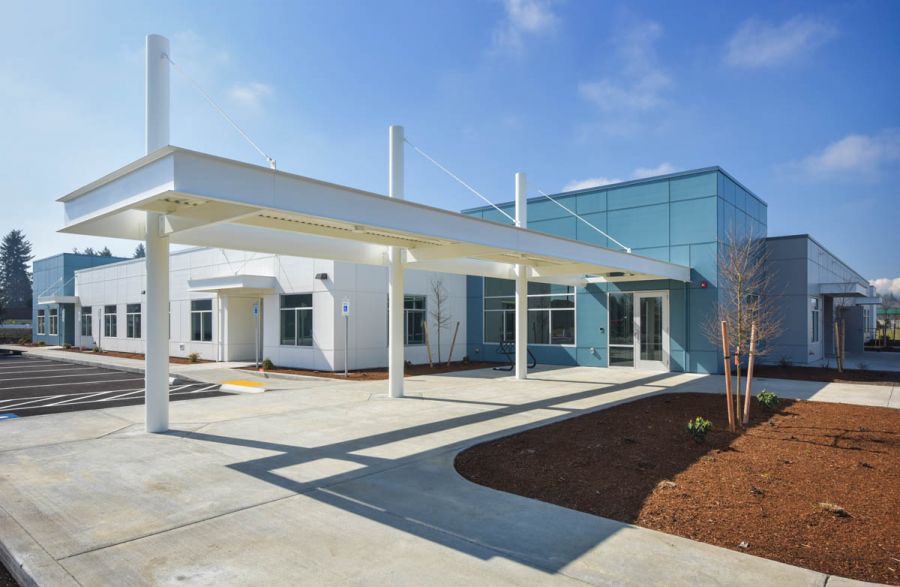 The first thing to do when scheduling an architectural shoot is to check weather forecasts and fit openings of decent weather into the busy calendar.  This was done in coordination with the building owner representative and the builder. I was set to travel to Centralia for a morning shoot, about an hour South of Tacoma, Washington.

When I arrived, there was fog cover which would later dissipate.  I worked on the interior shots.  By 11:am the fog was still persisting so I took a break, went to lunch and came back as I saw the fog lifting.  Since this was shot in March, Spring, mid-day light was just fine and I got some shots of the exterior. They were nice. But in talking with the on-site project foreman I found out the building had some interesting exterior lights which made it look pretty nice after hours. 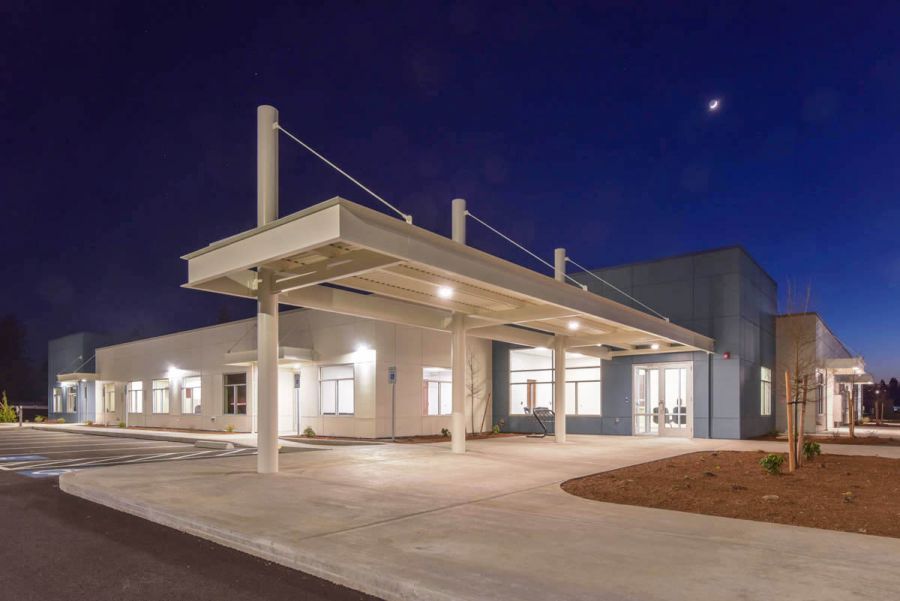 I drove back to the studio, making use of the waiting time, and returned 5 hours later to shoot the evening light exteriors, with the help of the project foreman, who agreed to come back, to make sure the lights would be on inside.

In the end the builder was happy, the magazine was happy and the architect in Seattle was happy.  That made me happy too.

I love doing hero shots, but I also want to make plenty of images that can be used creating proposals and presentations, showing the quality and creativity of my clients.

If you have any questions or would like to talk about a photo project, you can email me at: dane@dgmphotography.com.  I'll try to answer as quickly as possible.

You can see more images from recent shoots here.